Only two more days until the 2nd Act Film Festival! Come check out this innovative new project sponsored by Jasper Magazine. The premise: A select group of filmmakers are given the first few lines and last few lines of a script. Their mission: Imagine and create a 6-minute film using those lines as starting and ending points. In other words, write the second act.

The festival will feature 10 short films (mine among them) that responded to this prompt, created by a juried set of 10 filmmaking teams. So come out and support local filmmakers, and scope out my screenwriting/film directorial debut! (And see the tremendous work done by my talented filmmaking team, including OK Keyes, cinematographer/editor and my partner in crime, as well as the rest of our cast and crew, Trell Brennan, Kate Dzvonik, Aaron Wyrd, Nick Ducko, Rebecca Shrom, and Christine Parham.)

The festival is at Tapp’s Arts Center, Thursday, Oct. 10, 7:00 p.m.  Tickets are available in advance or at the door, as seating allows. Hope to see you there! 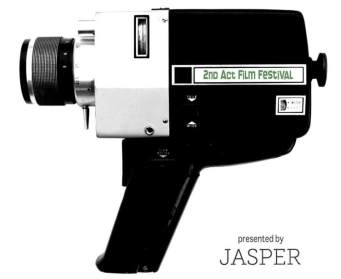